What the Micro ES has done for my confidence, skill honing and as an added benefit....my acct..... 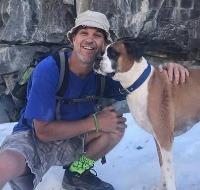 Southpaw
Monday, 05 August 2019
6 Replies
1.2K Visits
Hello people - I had a conversation with Will several weeks back. My bi-annual 'check up' as I like to consider them as.

During the course of our conversation Will had said something that resonated with me in a different way than what the obvious thought would be merely by the nature of what he was referring to. What Will said was that the micro emini's are a Game Changer....I bolded, italicized and underlined those words because if ya'll take anything away from this story, hopefully those words will be embossed on your brain piece.
When the Micro's came out, I created a workspace (I use NinjaTrader) for the MES. I started watching it and periodically would trade it on the not so high probability trade setups. I thought, heck, no harm and no real foul if it dont work out. Because lets face it, anything can happen to even the most obviously attractive trade setups. But mostly I thought why trade something that doesnt have but a tenth of the value on the eMini that I already trade?? Waste of time and cognitive fuel, so to speak.
But after that conversation, I thought, you know, why dont I trade the MES exclusively over the ES and trade the MES how I really strive to ultimately trade the ES in terms of size and emotion management?! Test myself in a sense. I wanted to see that if I could remove some of the nerves, and emotions, but still risking real money, how would I do?

So I started last week. Did not change one thing in terms of Will's method, my analysis, and risk tolerance in terms of stop loss orders. Trade size is what would change the most. But what I was most interested in is how my emotions were going to react. Because its still real money on the line, just less of it.
I trade from 430-830am Pacific Time. I try to only take 1 trade a day if a setup comes along, I dont trade just to trade. M-W I had made a single trade each day. Thursday and Friday I had made 2 then 3. My size ranged from 4 to 6 contracts. Every trade was a winner. Total for the week was $380.00... This on the ES is more than enough for me because that wouldve been $3,800.
But what did I learn that has been the most valuable and meaningful to me? That is, my emotions are my problem. I was already profitable but still struggle with performance. Sometimes I would 'what if' a trade my gut and market information was telling me to enter, and then not take it. This story Im sure many relate to. This past week has done a very humbling thing to my self confidence. I know that my limitations are not my lack understanding of Wills method or my experience (ive been through a few other programs and on my 6th year trading live) in trading....it is purely ME - or, my head. I know its only been a week. But I know myself and have always wondered if why I wasnt more consistent and more confident was due to me myself for some reason. Im continuing on this path for at least another couple of months. I'll keep this thread updated. But I have a real hunch that the progress in my head is going to far exceed whatever the MES gives me in terms of money.

Sorry for the long post. But the MES so far, for my story as a trader, has been that Game Changer. Maybe one of you found some sense in this story if you as well, wonder about the 'what if'....of removing some of the emotions we fight every time we strap into our command centers.
That is all for now.
Chris, OUT.