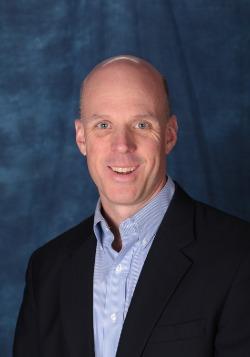 Per our email thread the other night, I'm placing my suggestion for future ZoneSuite upgrades here. And I'll add a few more!

(1) Embedded R/R Ratio with Placed Order. From my email... "One thing I thought might be interesting…you’ve spoken a lot about “risk-to-reward” ratios. These R/R ratios we compute mentally or use NT’s Ruler or other tools to figure it out. Why not automate that? ... What about attaching a Risk-Reward box ratio to sit next to the target price arrow? So you might have a target flag of “1293.25” and a box next to it with “6.5:1”. The ratio, of course, computes off the difference between the target and entry, divided by the entry price minus the stop (I know you know all that--sorry). But the bigger point is when any target is moved by the trader, the R/R Ratio associated with that target(s) would change as well…and the R/R Ratio(s) would also change when any change to the entry and stop is made. So it would be dynamic, too. This doesn’t account for number of contracts or weighing contracts and targets, it’s just a simple gauge, but I think it would be helpful. ... You can imagine a trader could quickly send an order from a zone (as you demonstrated this morning), alter T1 and in real-time determine the trade doesn’t qualify against the minimum R/R ratio determined in their trading plan. So they’d have that information, make that decision, and cancel the order…in seconds.

(3) To go with your new order-placing graphics (entry/stop/targets shown), how about an optional (trader can activate or deactivate) automated "B/E+1 trigger line?" This would allow the trader to enter an order and then not only manually and visually adjust entry, stops, and targets, but also visually place a line at the price point where they want their stops to automatically move to B/E+1 to protect their investment. That might be at predefined profit, opposing structure, after T1, etc. This visual approach would be easier and faster than doing it through the ATM window and would allow that change to be sent on the fly. Right now, once an order is placed, I can't edit it...I have to cancel the order and make a new one with my changed parameters

1. This had already been added to the to-do list but will most likely not be included in the upcoming release because this will require a bit more than it may seem depending on how I structure it. While it will likely not be exactly the same, it will indeed be along the same lines.

2. Already on the list and will most likely be in the upcoming release, can't say 100% because I am so excited to finalize and get something to you all. So if it isn't it will be very soon.

3. Also already on my list and was intended from the beginning of the order management. I wanted to get the order placement done first so I'd at least have that functionality but indeed this will be done as well. Same as #2, meaning if it isn't in the upcoming release it will be in the next

It seems that we had some very similar thinking haha

more than a month ago
·
#5637
I wanted to update this discussion, I have marked it as resolved, I hope that is okay.
All of the above have been implemented to some degree in the latest beta v3.0.2. You should've received this via email, if not please let me know.
I hope you enjoy!
Be the first to leave an awesome comment.
Be one of the first to reply to this discussion!
Please login to post a reply
You will need to be logged in to be able to post a reply. Login using the form on the right or register an account if you are new here. Register Here »
Forgot Password?