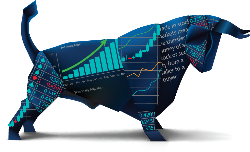 Did anyone have a source for the information mentioned in the live room the other day that Intel had predicted a communications shutdown?

Really interested to read into it but can't find anything on Google.

From my Conspiratorium...The information you mentioned in the live room did not originate from me, however, I have a two sources (one is from a friend in the Government and the info is apparently not classified, but if true, it obviously isn't well known yet) that there is the possibility that both the Internet and cell usage will be halted for approximately 3 days, likely some time within the next 30 days, and will be preceded by a “Presidential Alert.” Folks will be able to call on emergency services if necessary. I don't know what to make of this other than to be aware that if this occurs, it was planned, and the world isn't coming to an end.

If it occurs, is it a part of the great financial reset I've anticipated at some point, a National Security matter, etc. or just a panicked hoax?

Digressing...something I uncovered back at the end of January, you may find interesting...I stumbled across a press release on the DOJ's website...(in a search, type in DOJ (Department of Justice) and Charles Lieber, and find DOJ website press release concerning his arrest). Lieber was arrested on Dec. 9, 2019, along with 2 Chinese nationals at Logan Int'l as they were preparing to leave on a flight to Wuhan.

Lieber is/was the Chair of Harvard's Chemistry Dept., and "a pioneer in nanoscience and nanotechnology." He also (from the DOJ release) "...served as the Principal Investigator of the Lieber Research Group at Harvard University, which specialized in the area of nanoscience, has received more than $15,000,000 in grant funding from the National Institutes of Health (NIH) and Department of Defense (DOD). These grants require the disclosure of significant foreign financial conflicts of interest, including financial support from foreign governments or foreign entities. Unbeknownst to Harvard University beginning in 2011, Lieber became a “Strategic Scientist” at Wuhan University of Technology (WUT) in China and was a contractual participant in China’s Thousand Talents Plan from in or about 2012 to 2017."

4th paragraph down in the DOJ release: "Zaosong Zheng, 30, a Chinese national, was arrested on Dec. 10, 2019, at Boston’s Logan International Airport and charged by criminal complaint with attempting to smuggle 21 vials of biological research to China. On Jan. 21, 2020, Zheng was indicted on one count of smuggling goods from the United States and one count of making false, fictitious or fraudulent statements. He has been detained since Dec. 30, 2019." Zheng was attempting to smuggle 21 vials of a brown liquid substance IN HIS SOCKS!

The fact-check websites "Snopes" or "Fact-Checkdotorg" deny any connection of the arrest to the virus, and mention the contents in the 21 vials was "cancer research." I'm not suggesting there is or isn't a connection, but I hope no one reading this trusts those websites for the actual truth! I've researched both thoroughly for several years and found their process for reporting the truth is not credible.

Of other interest was discovering that Bill Gates/Gates Foundation had funded the Lieber Research Group at Harvard University with vast sums of money (billions) for years. And suddenly on Friday, March 13, Gates suddenly resigns from MSFT as CEO, and resigned his BoD seats at both MSFT and Berkshire Hathaway to pursue "philanthropic interests."

I am not suggesting that Gates is a part of a conspiracy, just that his resignations in the midst of this crisis I find peculiar. Aside from from the events with Lieber, the 2 Chinese nationals, and Gates, my personal bias from a probability-perspective, is that the virus was engineered (therefore, Mother Nature did not cause a natural viral transfer from animal to human), and it was intentionally released upon the world to bring upon the catastrophic effect we're now experiencing. I hope I am wrong, because if not, that could easily lead to WW3.

Have a good weekend and cross your fingers the shutdown of cell & Internet never occurs.
Jim
Be the first to leave an awesome comment.

more than a month ago
·
#8219
HI Jim, extremely interesting! I was aware of the nanotechnology scientist, but not of the rest.

Considering the communications shutdown, how reliable would you say the sources are? It sounds absolutely insane to me, and would probably cause insane amounts of instability in the market.

Edit: is this only in the US? Or the entire world? The fact that it will be possible to call emergency services makes it sound a bit fake to me, would have to be very many people in on this, and that no one would "snitch" to the public seems weird....

Have a good weekend,
Mattias
Be the first to leave an awesome comment.
Be one of the first to reply to this discussion!
Please login to post a reply
You will need to be logged in to be able to post a reply. Login using the form on the right or register an account if you are new here. Register Here »
Forgot Password?