A question about volume profile of the supply or demand zone

I'd like to ask how to use the volume profile (VP) of the supply / demand zone correctly?

If after clicking the icon VP, toggling the volume profile on, there is no data display, does it mean that this zone may not work out because there is no unfilled orders residing there?
(chart 1)

If there is volume data like chart 2 shows, 1H supply zone, is the location where the light grey color bar right above a bunch of yellow bars (filled orders) and dark grey bar the right location that I should look for, for a price turning point?

BTW, what does the dark grey bar mean?
For the light grey bar, is the number here the more the better or the less the better?

2 years ago
·
#6891
Hi michael2018,
May I ask which version you're using of the PFAZoneSuite? Often there is a data related issue related to time stamps and this was addressed in a more recent version, that could be the reason for the lack of profile in the zone.
Regarding it's general use, it would of course depend on the trader but for the sake of this discussion, I'll assume you're only using it as we do in our methodology

Logically when a lot of orders are filled it reduces the number of orders which was there originally, so we would not want to see this, in fact we'd want to see less orders because that means it left in a hurry and didn't fill them.

To represent this using the software, the yellow (large) spikes display where the majority of orders were filled and the light gray display were the lack of orders were filled and the dark is the medium threshold. To simplify, we look to the light gray orders because we're anticipating potential orders still reside there. I hope this helps and a great question!
Be the first to leave an awesome comment.

Thank you for your reply.
How can I see the version of currently installed PFA?
Regards to the light grey bar and number on it, does it mean that the bigger the number on the light grey color, the better the chance is for the price turning?

Best regards
Be the first to leave an awesome comment.

michael2018: How can I see the version of currently installed PFA?

Actually it would be the opposite, the lower the number the better and the smaller the bar

I tried tor emove ninjascript assemblies , but there was a pop-up message per below. May I'll try to re-install NT8 later. 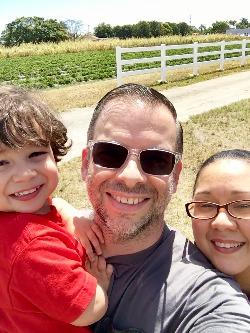 Your assumption with the volume profile is correct Michael. The way we USE volume profile with the strategy Will teaches is not. So, yes - even the two zones are grey - the one with 1000 is a STRONGER zone than the one with 100. Correct. Now, what we are trying to look for in the strategy, is the 100 zone (not as strong). We know there are still orders there and beyond. Price is LIKELY to return there and pick up, accept, grab does orders and move.
Be the first to leave an awesome comment.

2 years ago
·
#6896
PS: regards to this question, I am referring to how to determin which zone is stronger. I would like to compare different supply zones or demand zones under the condition that all other premises are the same.The zone with large number in the light grey bar is supposed to be stronger, please correct me if I am wrong.

Best regards
Be the first to leave an awesome comment.

2 years ago
·
#6898
jorgesilvestrini had some great points above in his comment.

To address further, I completely understand your thinking but let me explain why it isn't possible. Unfortunately there is no way for us to actually see the live orders that are still pending at a supply or demand level. We can use level 2 data but that is easily manipulated & doesn't show order flow for levels that were formed in the past.

To do our best to accommodate this, we look for great levels based on our qualifications etc... but to further enhance the entries and strength of the zone we look to the order flow. Now this is where your confusion is; due to the fact we cannot see how many live orders are there, we flip it and look for the orders that are NOT filled. Since we already know this is a great level we're looking for the specific area where the orders have NOT been filled because this shows us where they can still be pending.

The logic is; if price leaves so fast that it cannot fill orders, the orders are generally left pending and often await another retest to actually get filled. This is what we can see and how we use the software

2 years ago
·
#6899
Will makes great points about the mechanics of order transactions on the exchanges relative to program trading and human behavior, as institutions go to great lengths to hide their live (unfilled orders) resting orders. Actually, all resting orders are unfilled, however, we are interested in specific locations in which a significant reaction or market structure change occurred which consumed the opposing OF. Regarding the indices, on a daily basis, program trading comprises between 80-95% of daily trading volume on the equity indices. And program trades are also aligned with specific weekly market activities such as the weeks of the Unemployment Report and Options Expiration. And this week is Options Expiration week. Note the upcoming roll from M to U (June to Sept.) for the equity indices. Aside from Level 2 data, we can't know for 100% certain where unfilled orders actually exist below the Book at any price level unless you have access to the specific institutional order information. However, footprints are left to data-mine that provide a high probability, based on past performance, of determining where they likely exist. Even if they are correctly identified (and exist) at a specific price level, the opposing order flow can overwhelm a pocket or range of unfilled orders given a predominant market condition.
Be the first to leave an awesome comment.
Be one of the first to reply to this discussion!
Please login to post a reply
You will need to be logged in to be able to post a reply. Login using the form on the right or register an account if you are new here. Register Here »
Forgot Password?